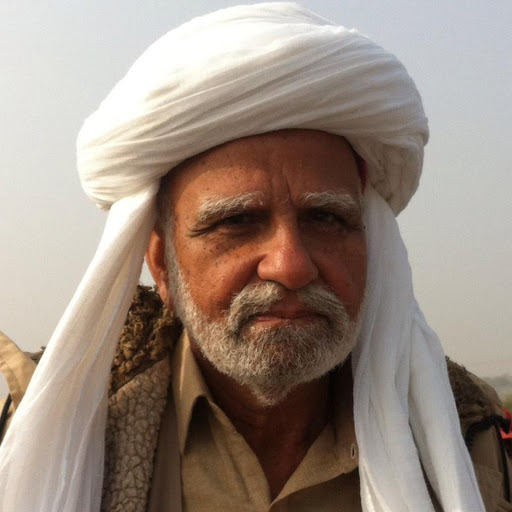 The scourge of enforced disappearances in Pakistan has severely eroded the foundations of society’s conscience and confidence. This crime against humanity has been going on for so long and so systematically in Balochistan that it has come to be considered a normal state of affairs. But a vast majority remain unperturbed by the atrocity inflicted on the victims and all those connected to them.

Bertolt Bretcht in his 1935 poem “When evil-doing comes like falling rain” has put this attitude very poignantly: “The first time it was reported that our friends were being butchered there was a cry of horror. Then a hundred were butchered. But when a thousand were butchered and there was no end to the butchery, a blanket of silence spread. When evil-doing comes like falling rain, no body calls out “stop!” When crimes begin to pile up, they become invisible. When sufferings become unendurable the cries are no longer heard. The cries, too, fall like rain in summer.”

The confidence has been eroded because no one is exempt, be it Ms Gul Bukhari, Comrade Wahid Baloch or Idris Khattak because those who commit this crime enjoy complete immunity in the prevailing culture of impunity for such crimes.

Pakistan has still not signed the “International Convention for the Protection of All Persons from Enforced Disappearance” because of reservations, especially regarding Section 26 which allows United Nations’ body to conduct surprise visits to check for missing persons. To date it has not criminalized enforced disappearances. All this certainly gives the confidence and immunity to those who are involved in this heinous crime.

Are surprise visits really an issue? Let’s see how the UN Working Group on Enforced or Involuntary Disappearances (WGEID) fared in its September 2012 visit here. A junior minister in the National Assembly criticizing it said, “It would be the first step leading towards the disintegration of the country.” The Chief Justice refused to meet as the matter was subjudice and the Inspector General of FC Balochistan declined too.

The icing on the cake was that on 24th September 2012 the Parliamentary Committee on National Security decided that in the future no United Nations group would be allowed to visit Pakistan to discuss “sensitive issues”. Senator Raza Rabbani asked the foreign and interior ministries to abstain from welcoming international intervention in local issues.

Apparently, it is futile to insist Pakistan to sign it because although Pakistan has ratified the Convention on Torture in 2010, those who ‘pick up’ people and the police of the area, violate it with impunity both in practice and spirit.

The scourge of enforced disappearances in Balochistan isn’t a recent phenomenon either. Baloch have been its victims since 1960s when Sher Mohammad Marri began resisting injustices against his people. I know Marris of that era who were picked up, tortured but were lucky to be released. This approach, however, changed during the 1973 Balochistan insurgency as most of those picked up were never heard of again. Asadullah Mengal son of Sardar Ataullah Mengal and Ahmad Shah Kurd were picked from Karachi in 1976 and there was no information about them.

My own friend Duleep Dass and Sher Ali Marri were picked up by the army at Belpat, Balochistan in 1975. We never heard of them again. My Marri friends Bahar Khan Lalwani, Shafi Muhammad Badni, Dost Muhammad Durkani and Allah Bakhsh Pirdadani were picked up and suffered the same fate. The same fate awaited those who were picked up from Mengal and other areas.

The last wave of disappearances began in Balochistan in 2002; Asghar Bangulzai was picked up and is still missing. Dr. Allah Nazar too picked up with others in 2005 but was released in a near-death condition. The vicious and vile ‘abduct, kill and dump’ ‘policy’ began in 2008 and has claimed thousands of victims.

There never has been prosecution let alone punishment for those responsible for enforced disappearances. During Iftikhar Chaudhary’s tenure as Chief Justice of Supreme Court, high profile hearings on missing persons were held but to no avail. During a hearing on 20th March 2013 in Quetta the DIG of Criminal Investigation Department (CID) Balochistan Feroze Shah submitted a report. He told the Bench that, “Following the statements of 12 missing persons after they returned home the Balochistan police asked the Frontier Corps to trace the whereabouts of the accused army men including two Lt colonels, six majors and two subedars”. (Daily Times March 21st 2013) Not even a Subedar was punished.

The disease of enforced disappearances can never remain localized because with nothing to deter the perpetrators they make systematic use of it.

Moving on, in January 2017 bloggers Salman Haider, Asim Saeed, Waqass Goraya, Ahmed Raza Naseer, and Samar Abbas were disappeared and later released. No charges or court trial pointed out that they were incarcerated, tortured for criticizing the establishment’s policies; no one was held accountable for messing up their lives.

The situation for the victims of enforced disappearances has worsened as now even Courts refuse to take cognizance of the issue and people are now disappeared at will. The National Commission of Human Rights here is dysfunctional because they who disappear people do not want even an internal body to question them. The Commission for Missing Persons confounds the issue rather than solves it.

In the past few months some missing persons like Sagheer Baloch, Mohammad Atta Baloch, Abdul Wahab Baloch have been released as were Comrade Wahid Baloch and some others before. Release certainly is a relief for the victims and families and probably a consolation for the politicians who have agreed to support the government on condition of release of missing persons.

However, these releases raise more questions than answers. It is essential to know who disappeared them, why were they disappeared, where they were kept, why weren’t they produced before courts, why were they tortured, has anyone been held responsible for the trauma the victims and their families suffered, why do released victims refuse to speak of their ordeals?

Unless these questions are answered and more importantly those responsible for the disappearances are named and punished the scourge of enforced disappearances will continue unabated. They will release a couple and disappear a dozen knowing that they can do this with impunity. Moreover, it is downright dishonest to say that the abductors are ‘unknown persons’ for only a state institution which knows it can get away with this brazen illegality keeps doing it.

More significantly it is not that all those disappeared are only kept indefinitely incarcerated because some of them like Gazzain Qambarani and Sulaiman Qambarani who were abducted in July 2015 from Qilli Qambarani ended up being displayed as terrorists killed in encounter on 13th August 2016. Again, on this March 4th two students, Hizbullah Qambarani and Hassaan Qambarani, were taken away from Qilli  Qambarani in broad daylight; Hassan is brother of Sulaiman and their families fear the worst.

In the transient euphoria generated by release of a few lucky ones the mass of missing persons keeps getting forgotten and forsaken and sadly those reported as killed in encounters get as much justice as did the hundreds of victims of notorious Rao Anwar did in Karachi. These disappearances and killings have dire consequences for the society and individuals because an atmosphere of fear and insecurity prevails and people are denied the safe environment conducive to development of a society necessary for a peaceful and civilized life.

Above all these enforced disappearances undermine the very basis of humanity by dehumanizing society as a whole.

The writer is a Baloch rights activist. He tweets at @mmatalpur