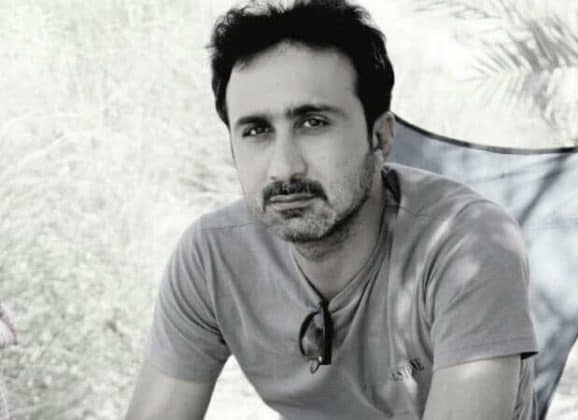 Dr. Murad Baloch, the Secretary-General of the Baloch National Movement said that the Swedish government, organizations of journalists and other international human rights organizations should play their role in finding senior Baloch journalist and writer Sajid Hussain. Sajid Hussain has gone missing since 2nd March and his whereabouts are unknown.

Dr. Murad said that Sajid Hussain is one of the gifted journalists of Balochistan. He had worked in renowned Pakistani daily newspapers, ‘The News’ and ‘Daily Times’ as assistant news editor and city editor respectively. Due to the abduction and killing of several journalists in Balochistan by Pakistan army, Sajid Hussain facing threats of persecution escaped from there and sought asylum in Sweden. Sajid Hussain is The Chief Editor of the online magazine “Balochistan Times” and he has been highlighting and covering the actual position of Balochistan through his website. He was residing in Stockholm the capital city of Sweden for the last four years and getting a master’s degree in Balochi language at Uppsala University. Due to his educational ambitions, he shifted to Uppsala on the 2nd of March and the same day he went out of contact. The local police and related authorities had been informed about his mysterious disappearance.

The Secretary-General said that Sajid Hussain is the nephew of Shaheed Ghulam Mohammad Baloch, the founder of the Baloch National Movement. The family members and relatives of Baloch political leaders and workers had always faced state brutalities and barbarism in Balochistan. Baloch National Movement had named that policy of the state as “collective punishment”.

He added, “Sajid Hussain besides belonging to a political family is a renowned journalist. He has played a vital role in showing the true face of humanitarian crisis in Balochistan in front of the world. He has been writing in both Balochi and English languages on his online newspaper Balochistan Times.  Furthermore, Balochistan Times also broadcasts a radio channel to give a voice to the voiceless Balochistan. His mysterious disappearance extremely shocked us and we have a concern that Inter-Service Intelligence (ISI) is behind his abduction.”

Dr. Murad Baloch said now the political and human rights situations in Balochistan are far worst than the last two decades. Thousands of people have been killed and languishing in the Pakistani torture cells. Thousands of Baloch political activists in order to avoid persecution escaped from Balochistan and are compelled to seek asylum in European counties; journalists and human right activists are among these asylum seekers. The disappearance of Sajid Hussain has created an environment of mental uncertainty among thousands of Baloch political asylum seekers in Europe. The mysterious disappearance of a journalist would raise questions on the country that are proud of protecting refugee lives and having a great record of human rights and values.