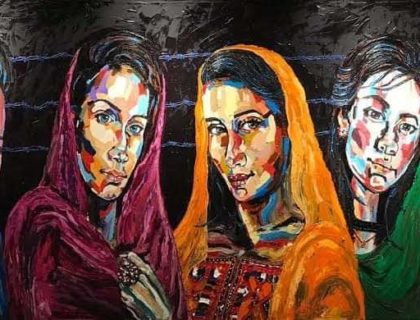 In history from the first time despite of the slogans chanted by the modernists else where in Pakistan, the Baloch women, especially the educated and enlightened ones severely felt the most depressed and painful mother’s anguishes of the missing person’s in Balochistan who very politely require to be dedicated on the eve of the especial day which is internationally celebrated for uphilling the primitive rights, as Baloch women have toiled hard in a search for a human right based demanding struggle.

Never ever it has happened in the history of Pakistan, the Aurat March which is yearly being commemorated for the fundamental rights of women has emphasized letting the world knows how hardly the Baloch women fate who await for years in a quench of seeing the beloved sons, brothers and husbands back from the dungeons.

The inception of the women struggle globally has been tested via a process of radicalism, misogynistic approach, lack of respect and caregiving, access to equal opportunities, traumatic centered feminism, sexism, racism, economic and political inequality, patriarchal attitudes and sidelined in every sort of competition but rather than being subjugated it has attempted to work for the rights and betterment of women worldwide. But any, particularly daughters from Balochistan, whereas remained in a marginalized spectrum in a search of beloved siblings.

The current 8th March, International Women’s Day has primarily grew out of the labour movement to became a UN-recognised annual event globally.

The very basic growing seeds of it were chronically planted in 1908, when almost 15,000 women marched through New York City, demanded and chanted the slogans of being approved with shorter working hours, better and satisfactory daily wages and the right to vote. In a proof, historically it has been attributed with the Socialist Party of America who attempted declaring the first National Woman’s Day, a year later.

But just once year ago, a lady Clara Zetkin came with an idea of making the day international and suggested it in 1910 at an International Conference of Working Women in Copenhagen, Denmark, the participant’s women which were approximately 100 who agreed on her suggestion of making it a global day unanimously.

As to mark as an international day it was first celebrated in 1911, in different countries like Germany, Austria, Switzerland and Denmark, however it’s centenary was celebrated in 2011 and now surely 8th March 2020 is being celebrated the 109th International Women’s Day.

Thus day was made official in 1975 when the United Nations (UN) has initiated celebrating the day by adopting the theme “Celebrating the past, Planning for the Future”.

Basically the International Women’s Day aims at celebrating it to highlight the objectives such as how far women have come in society, in a role in generating of a productive society, in politics and in economics, while the very political grounds and realities of the day focuses on the huge range of strikes and demonstrations required to be organised in a campaign of raising very significant awareness of continued inequality, traumatic situations, suppressions, subjugations etc.

But historical any where it has been swarmed in demanding what it requires, it has been tried to be crushed and overpowered and it has been deprived basically to be flooded with women and allies to advocate for women’s rights and equality however it has recently stepped into a corridor of successful movement when thousands of women first swarmed the streets of Washington on January 21, 2017, to march for women’s rights in the wake of Donald Trump’s inauguration as the 45th President of the United States. In which more than 1 million people participated nationwide. That march mark the largest single-day protest in American history, has since become an annual event.

In case of Balochistan, it has been worst historically, because Baloch being a subjugated nation has been educationally, religiously, politically, economically and culturally kept intentionally deprived, dastardly by the occupying state policy, the women of Balochistan were traditionally dealt to remain confined at the boundaries of house, were educationally and religious made limited as admired and considered to be a nation with sacred cultural and traditional norms, customs and limitations, including, not stepping out from the homes etc and this has continued meanwhile the men were forcefully and physically tortured, allegedly abducted and gone missing, women died of in starvation being confined at homes, their girls were threatened to remain at homes as religion doesn’t allow them and many more such fabricated norms relating Baloch, has kept the women more especially deprived and unaware of their fundamental rights.

But the Baloch women and girls at the forefront of the struggle against enforced disappearances, in case of missing persons broken all such confinements, traditional limitations despite of being hardly in the mainstream talks but hopefully participated in the unprecedented Long March on October 27, 2013, which was began from Quetta to Karachi and Karachi to Islamabad on foot, led largely by Baloch women and accompanied by the champion of missing person’s voice Mama Qadeer Baloch showed the World Baloch is deprived in terms of women’s rights entirely, as they are forced to walk on foot, they are compelled to walk on blistered foot and they are intentionally pushed to be frightened while their sons, husbands and brothers begin to talk on freedom of expression and others basic rights.

Farzana Majeed, BiBi Gul, Sammi Deen, Mehlab Deen, Mahrang Baloch, Hani Gul, and many other women have spoken truth to power, they attempted to pave a new way for the Baloch women in demanding the rights while they protest in safe release of the beloved missing persons who Pakistan has kept in the custodial suppressions which directly affect the mothers.

From 2018, it is being celebrated as an annual event in Pakistan. But the the Baloch women who often can been seen in the missing camps in Karachi or Quetta were rare in mainstream 8th March demands of the strikers and media coverage as well. But this year Baloch women despite of the slogans else women protestors want and require in Pakistan pledge to demand the basic rights of being protected by the dastardly enforced disappearances.

Baloch women on the eve of making 8th March, a historical day to dedicate it for those who are always seen in the protesting camps chanting slogans in release of their sons, brothers and husbands. This day will be dedicated to those Baloch mothers who beloved sons were killed brutally, this day will be remembered in a memory of those wives whose husbands were killed, thrown in dumps and are still disappeared, this day will be attributed to those women who sons, brothers and siblings whereabouts are unknown for decades and this day will be remembered in a remembrance of those Baloch mothers who died while waiting long for a safe recovery of her son.