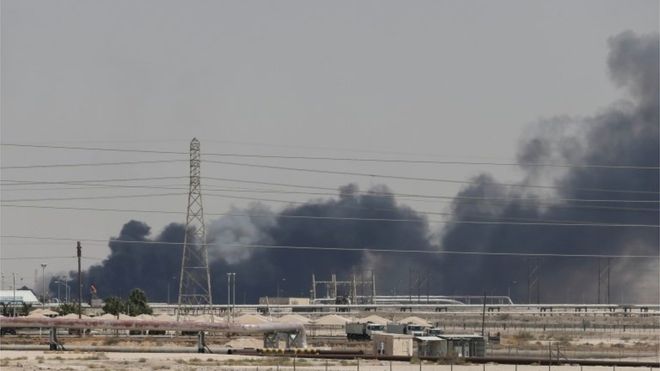 The number of US troops suffering from traumatic brain injuries (TBI) after an Iranian attack on a US base in Iraq in January has risen to 109, according to US officials.
The figure is a significant increase from the 64 injured service members previously reported by the Pentagon.
President Donald Trump initially said no Americans were injured in the raid.
The attack on 8 January came amid tensions over the US killing of an Iranian general.
Nearly 70% of the injured service members have returned to their duties, the Pentagon added in its statement.
Mr Trump originally cited the supposed lack of injuries in his decision not to strike back against Iran.
The rising number of reported cases results from the mild form of injury which means symptoms take time to manifest, the Pentagon said in a news conference in January.
US Republican lawmaker Joni Ernst called for more answers on Monday.
Last month President Trump downplayed the significance of traumatic brain injuries when asked about the impact of the attack.
“I heard that they had headaches, and a couple of other things, but I would say, and I can report, it’s not very serious,” he said.
When asked about possible TBIs he said: “I don’t consider them very serious injuries relative to other injuries I have seen.”