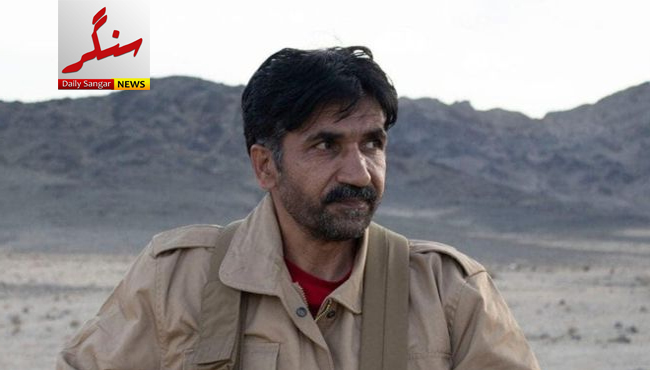 (Note: This article was written by Aysha Aslam Baloch next day of martyrdom of General Aslam Baloch and his colleagues .

From childhood till today I have learned many things from Ustad, Not only he was my gracious father, but was my teacher too. I believe I am very lucky that I’m daughter of him, our relationship was so beautiful. Everyone knows that how a father is dare for a daughter, a part from this our relationship was so deep and memorable. Not even he was my blood father, but was my leader too. It’s so hard for me to explain his teachings and role, l was always nurtured politically and consciously by him, his thoughts and opinions always remained optimistic for Baloch nation.

Today we are deprived from kind hearted father, teacher and friend but his teachings and ideology will remain with us and his teachings are alive in every youth. Ustad was so honest with his motherland, he was assiduous and had so much love for his comrades .He always told us the nation is everything for us, Let Anything happen but we have to resist, and sacrifice ourselves, we have to get our nation free from slavery at any cost. Today he isn’t with us but we must know our obligations, forward his teachings and what he believed we have to fulfill his beliefs.

Fareed Jan, Akhtar Jan, Kareem Jan, Sardo Jan and Sadiq Jan were part of KARWAN of Ustad all of them fulfilled their obligations. The example of their honesty won’t be forgotten, till last breath of their life they fulfilled their national responsibilities assiduously and their ideological relation was so strength.

Today we are so anguished to their forever departure but they have sacrificed for a vision and history will always remember them with golden words. Yet, I’m not believing such accident had occurred, I have always prayed, I can’t suffer the departure of Ustad. This accident is enough to crash any human being but my honorable Mom (Yasmeen Aslam) spirit me which made me like an undivided-able wall. Firstly, I was confuse how take care of my Mom after this accident but how he handled us is priceless.

Ustad always wished of his martyrdom for motherland and His nation, l was with Ustad before five minutes of their martyrdom, at last moment I talked with him but he didn’t tell me, I would come back soon and he left. I pay rich tribute to him and martyrs of Nation.