Implementation of the war rules is considered a weakness; Pakistan is laying hands on our honor: Dr. Allah Nazar Baloch 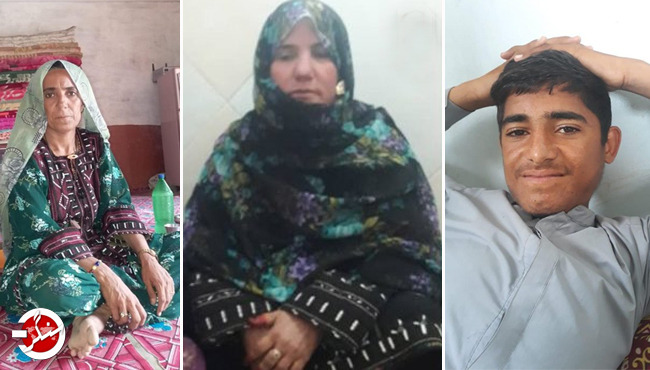 Baloch pro-independence leader Dr. Allah Nazar Baloch reacted to the Pakistani military’s position on declaring the Baloch women as terrorists in the Awaran incident and said that in this way Pakistan cannot hide its war crimes. The unarmed women were dragged in front of several eyewitnesses by the Pakistani army and shifted to the central military camp of Awaran. They were subjected to mental and physical torture for several hours in solitary confinement. Then, after huge public pressure, a few weapons were put in front of them in a closed room and their pictures were released to the media.

Dr. Allah Nazar Baloch said such incidents are not new. Our boys, girls, and women are not safe anywhere. I believe that all the parties, involved in the liberation Baloch movement, will have to modify their policies and formulate a comprehensive strategy to prevent abduction, arrest, and disappearance of women. The time has come to hit the enemy’s pain-points. Twenty years of experience have made it clear that the Pakistani military considers the unilateral implementation of our war rules and Baloch values as our weakness thus now targeting our honor and dignity.

This incident is not the first of its kind, he said. Earlier, hundreds of Baloch women were abducted by Pakistani troops and locked up in torture chambers. However, this is the first time someone has been shown to the media. My wife and martyr Aslam Baloch’s sister were kidnapped and tortured by the Pakistani army and intelligence agencies with the help of local informants. The entire family of Shaheed Ghaus Bakhsh continues to suffer under military detention in Mashkay. The family is missing for more than a year. The wife of Mir Liaquat Sajidi was abducted last year and kept in secret prison for a few days and released. Bibi Nazal Baloch was abducted and tortured by the same forces earlier. In Turbat, our girls were kept under siege for several days. In Karachi, Bibi Farah was seriously injured after being thrown down from the third floor of the building. Women and children were martyred and injured during the bombing of Mir Sahu’s house in Tank, Mashkay. Women were martyred in bombardment in Kohlu and Dera Bugti. Bibi Halima was martyred after her home was attacked in Basima. The list of such tragic events is too long. The difference is that this time the Pakistani army has made its arrest public under its new ploy.

Dr. Allah Nazar Baloch said that such incidents identify those who earn fame and reputation by using Baloch’s name but remain silent on such moments as if giving their consent over collective humiliation. They must remember that as the Baloch people help to them reach the heights of fame do not hesitate to smash them to the ground as well.

He said that I appeal to all the forces and pillars of the Baloch nation involved in the freedom movement to put their political differences aside and react strongly against Pakistan over the policies of attacking the dignity and honor of the Baloch women.