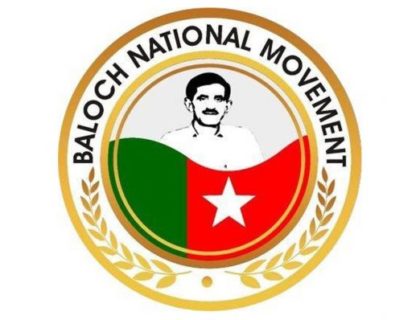 The spokesman of Baloch National Movement in a statement said that the orchestrated perpetrations of Baloch massacres and collective punishment mounting up to genocide is continued unabated in Balochistan.
Twenty days ago, Hammal s/o Murad Baloch was enforced disappeared by the Pakistani army from Gazzi, Mashkay. He was shifted to an unknown military camp, where he was killed by torture. Later on, his dead body was buried under military supervision without giving the family members a chance for the last rituals. His family members were further threatened with dire consequences in case of leaking the news out. Such coercions are continually employed on the Baloch society to suppress the voices from getting out to the international community which had resulted in the killing and the disappearance of thousands of people.

The spokesman said that Ali Mohammad Chakrani, a respected figure in the area of Washuk, was killed by the Pakistani military when he was returning home after attending the wedding ceremony of a relative. He was shot dead near his house in front of his other family members. The women and children kept screaming, while the gunmen shot him to death.

He said that Mir Ali Mohammed was a very kind, generous and hospitable person in the area. He sacrificed his life for the well-being of the people of the area. The people of the area considered him as a guardian of their interests and he was immensely respected.
The Pakistani army had been pressurizing Mir Ali Mohammed to work against the pro-independence Baloch activists and offered him bribes. When all of these tactics of the army met with failure, the army abducted five persons from his family. Four of them were released after taking Rs. 6.5 million in ransom; however, one among them is still in the custody of Pakistan Army. In spite of all these atrocities, Mir Sahib had refused to work against the pro-independence activists. Consequently, he lost his life. And Baloch National Movement pays high tribute to Mir Ali Muhammad on his courage, sacrifice, and martyrdom.

The spokesman said that 20 days ago, Hammal son of Murad Baloch was forcibly disappeared by the army from his house in Gazzi, Mashkay and shifted to a nearby camp; where he was inhumanly tortured which resulted in his death. The army refused to hand over his dead body to the family members so that they would not see his mutilated body. He was buried clandestinely without giving the family the rights to the last ritual.

There is ample evidence against the army of harvesting organs of their torture victims. Many of the dead bodies of previously disappeared Baloch people, which had been dumped on desolated places, bore operation marks of organ harvesting.