Assam NRC: What next for 1.9 million stateless Indians? 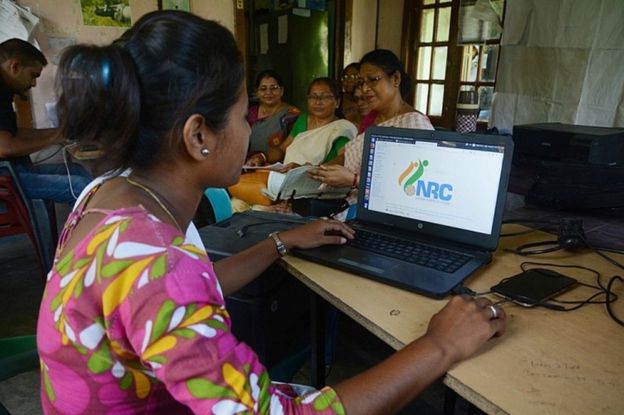 India has published the final version of a list which effectively strips about 1.9 million people in the north-eastern state of Assam of their citizenship.
The National Register of Citizens (NRC) is a list of people who can prove they came to the state by 24 March 1971, the day before neighboring Bangladesh declared independence from Pakistan.
People left off the list will have 120 days to appeal against their exclusion.
It is unclear what happens next.
India says the process is needed to identify illegal Bangladeshi migrants.
It has already detained thousands of people suspected of being foreigners in temporary camps which are housed in the state’s prisons, but deportation is currently not an option for the country.
The process has also sparked criticism of “witch hunts” against Assam’s ethnic minorities.
A draft version of the list published last year had four million people excluded.

What is the registry of citizens?

The NRC was created in 1951 to determine who was born in Assam and is therefore Indian, and who might be a migrant from neighboring Bangladesh.
The register has been updated for the first time.
Families in the state have been required to provide documentation to show their lineage, with those who cannot prove their citizenship deemed illegal foreigners.
Prime Minister Narendra Modi’s Hindu nationalist Bharatiya Janata Party (BJP) has long railed against illegal immigration in India but has made the NRC a priority in recent years.