Conservative MPs have been warned not to rebel against the government 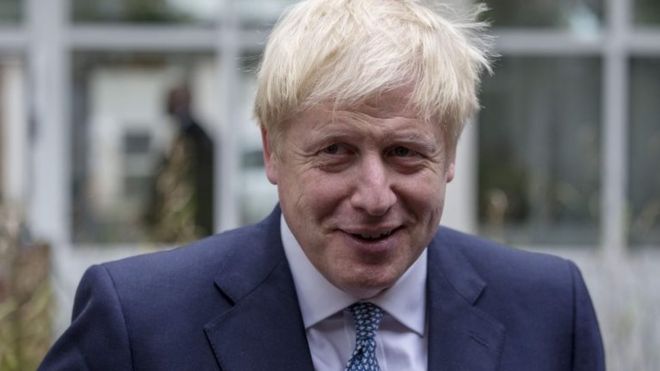 Conservative MPs have been warned not to rebel against the government, as opposition MPs plan legislation to stop a no-deal Brexit.
A senior source from the whips office – which ensures MPs vote in line with the party – said rebels would “destroy” their Brexit negotiating position.
Rebels will have the whip withdrawn and be deselected, the source said.
It comes as Labour’s shadow cabinet is to meet on Monday to finalise plans aimed at stopping no deal.
The UK is due to leave the EU on 31 October, with or without a deal.
Prime Minister Boris Johnson has said he is willing to leave without one rather than miss the deadline, which has prompted a number of MPs to unite to try to prevent a no-deal exit from the EU.
But in a warning to potential Tory rebels, a senior Conservative whips office source said any MP who failed to vote with the government would lose the party whip – meaning they would effectively be expelled from the party – and would not be able to stand as a Conservative candidate in an election.
The source said if Tory MPs fail to vote with the government on Tuesday “they will be destroying the government’s negotiating position and handing control of Parliament to Jeremy Corbyn”.
Rebelling will be classed as voting against the government or abstaining.
The stance was agreed at a Chequers strategy summit Mr Johnson held with senior aides and Tory whips.
The whips office source said there was a chance of reaching a deal on 17 October – the date of the next EU summit – “only because Brussels realises the prime minister is totally committed to leaving on 31 October”.
All MPs face a simple choice on Tuesday – to vote with the government and preserve the chance of a deal or vote with Corbyn and destroy any chance of a deal, the whips office source added.
Former cabinet minister Rory Stewart responded to a tweet listing some of the Tory MPs who could be expelled for not voting with the government by saying and me too I hope