A tale of unending hope and expectations – Sammi Baloch 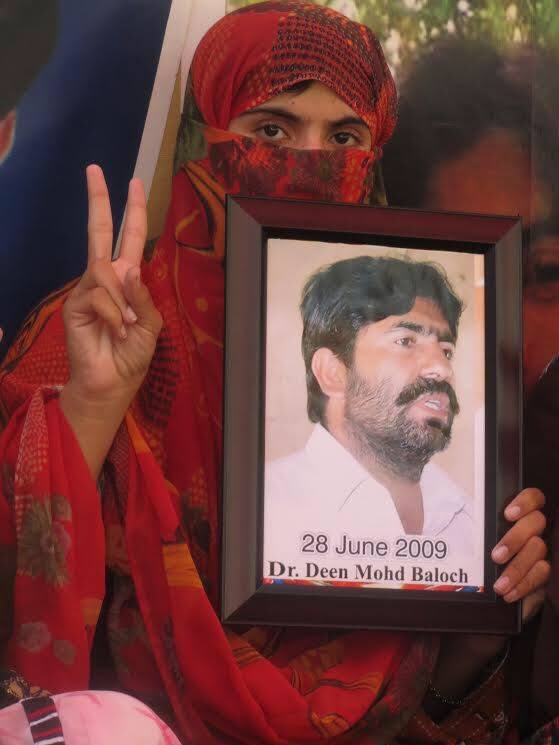 On June 28, 2009, before the breaking of dawn, we received a call from Ornach that last night Pakistani intelligence agencies have whisked away Dr. Deen Muhammad. This news pushed our lives into the darkness where until today we are straying. Since that day we have been waiting for our father but still, nobody has given any updates about him. We have been waiting for him but don’t see any end to this wait.
Our all happiness is linked to our loving father who is our breadwinner and guardian. After the abduction of my father, our lives have become a hell. Our education is disturbed. Younger sister Mehlab Baloch instead of doing school homework, always sits on prayer mate and prays for the safe recovery of my father. Mansoor Baloch wanted to play with his friends but all responsibilities of the house came to his shoulders.
My old grandmother Bibi Pari was so weak due to her old age and could not stand but the abduction of my father put more weight on her difficulties. The situation of my mother is even worse. She is always lost in her thoughts. I feel like our personal lives and emotions are dead.
The reality is that life is a burden for us. Neither we can live nor die. As if every day we taste our death. We are living with a blur hope that one day our father comes back to home and once again happiness will visit the door of our house. Till today we have saved all the things which my father brought for us; earring, ring and other things. I wish I could decorate all those happy moments which I spent with my father. I never knew that those all happiness would convert into sorrows and we live our lives to endure these sorrows.
I don’t know where my father is? And in what condition he is? What is happening to him? But I know one reality that he is in Pakistani military’s torture cells. The hope of his release will remain alive until our last breath. We are proud that we are children of a brave father. When I look at his bravery and sacrifices, these make me proud.