Reason for concern over the aid pledges for Pakistan – Written By : Qazi Dad Mohammad Rehan 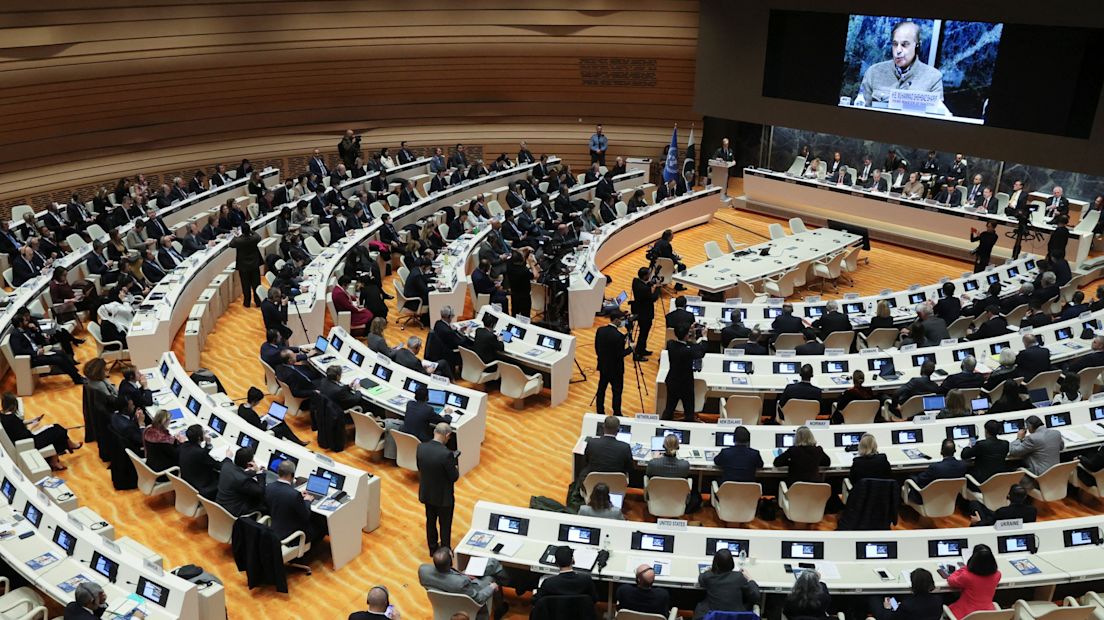 A country like Pakistan, has the worst economic condition and has come close to default, where the policy of government has been unbalanced and corruption is rampant for the past several decades. In the past, the military has ruled under martial law, in which they have also received financial support from International Community. In other words, Pakistan has been the frontline ally of the world powers but behind the scenes, all the things which are against the world and regional interests have been done. On one side in the so-called war against terrorism, money was collected from the US and its allies, and on another side, Osama bin Laden was kept under military surveillance because Pakistan knows that when there are no fish in the pond, the fishermen will not come. According to this doctrine, by playing a two-sided game for years, Pakistan kept robbing the international community with both hands.

The war in which the US and its allied countries lost their lives, the taxes of the citizens of these countries were used up, and finally ended with the result that Pakistan had planned behind the scenes. International Community sees Pakistan as a country while Pakistan as a state has been completely hollowed out.

Pakistan Army has lost its professional values by interfering in politics. In politics, it is not surprising to have different lobbies or political clubs within a party. And whenever the army seizes power or gets involved in politics, the military officers are also divided based on political methods and political thoughts.
The Pakistan Army works hard to hide this image but there is a mindset within the army that wants its hegemony in the region through occupying and aggressive policies, keeping all human values at bay. In the current situation of Pakistan, the Pakistani army has been badly affected because most of the budget of Pakistan goes into the pocket of the Pakistan army. Due to the economic situation of the country, the budget of the Pakistan Army is decreasing for five years. Pakistan Army knows that if there is no money, it will have the biggest impact on Pakistan Army.

The Pakistan army gave freedom to the religious extremists in Balochistan and Pakhtunkhwa to remove the nationalist genuine political forces from the political ground. If one should open a private school, he has to go through several steps, but religious parties have the freedom to open madrassas where they get fresh recruitment for their ideology and jihad.

These are all things that the world knows very well, but despite this, whenever the army of the state of Pakistan was in crisis, there was a possibility of relief to the subjugated nations and religious minorities in the state of Pakistan. The international community filled Pakistan’s empty bowl with money, which made Pakistan’s army more powerful.

Today it is said that due to climate change, Pakistan is facing an economic crisis, but the truth is that Pakistan is suffering from corruption, political and administrative mismanagement. Political parties in Pakistan are a reflection of dictatorship in themselves and positions are distributed based on heredity and not based on merit.

Pakistan, which is an agricultural country, now has a shortage of wheat and people are committing suicide due to hunger. Floods and climate changes are not only Pakistan’s problem, other countries in the region are facing the same situation, but there is no problem like mismanagement, so every country is providing relief to its people within its resources.

The concern is not that the international community is helping to rehabilitate the flood victims. Rather, the concern is that the International Community is handing over this aid to thugs and thieves in the name of flood victims which will start a new era of corruption and looting in Pakistan. The army must directly or indirectly absorb a significant amount of this aid.

The people of Balochistan are expressing the most concern in this regard, where the government did not show any kind of relief activity during the floods. The distribution of the aid that Baloch NGOs and Balochistan political activists had collected with the help of the Baloch diaspora, Baloch of Karachi, and local people were also blocked by the institutions of the state of Pakistan.Noreez Ali Mastoi from  Jafarabad district of Balochistan was shot dead by Pakistani forces during rations distribution by a non-governmental relief organization. His wife was pregnant when she gave birth to his child, the child died of malnutrition. Many flood victims in these areas were deliberately kept in military camps but at night the men were forcibly sent out and the women were raped. People were threatened with dire consequences for protesting.

In the midst of serious violations of human rights, according to the annual report of the human rights organization PaanK, in the year 2022, Pakistani forces forcibly disappeared 629 people and extrajudicially killed 195 people only in Balochistan.

This is the situation based on which the people of Balochistan definitely do not want this huge amount allocated in their name to be given into the hands of the rulers of Pakistan. In a country where human rights are not valued, filling the pockets of its rulers in the name of humanitarian aid is a joke to humanity.

We do not want the victims not to be helped, but the international community should monitor the rehabilitation work through the United Nations instead of giving cash to Pakistan. United Nations agencies certainly believe in the service of humanity, so instead of leaving this valuable money to the cave of thieves, they should do direct rehabilitation work through their institutions, local NGOs and civil society.

If Pakistani rulers do not want to support their sinking economy in the name of flood victims and climate change, then they also have to agree to the work of rehabilitation of flood victims under the supervision of the United Nations. Donor countries must ensure that this money is not misappropriated and used by the Pakistan army against the Baloch nation. If the United Nations and donor countries neglect their responsibilities, the humanitarian crisis in Balochistan will deepen with the clear support of the international community.