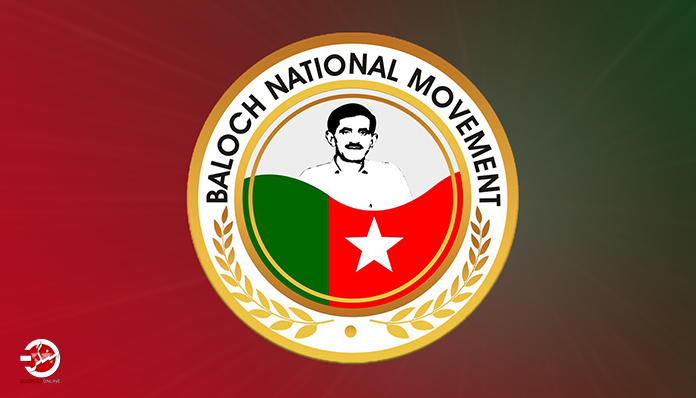 The spokesperson of the Baloch National Movement said in his statement that the sufferings of all oppressed and subjugated nations are common. “We condemn the state atrocities in Pakhtunkhwa and the forcible occupation of the local people’s land in Gilgit-Baltistan.” The resistance by the people of Gilgit-Baltistan and Pakhtunkhwa had made it clear that no nation in Pakistan is ready to give up its national identity and accept the supremacy of Punjab. Without coercion and force, Pakistan cannot maintain its control over the land and resources of the subjugated nations even for a day.

“Today, millions of people from Baloch, Pashtun, Sindhi, Kashmiri, Gilgit-Baltistan and Saraiki Wasib are fed up with the rule of Punjab. This has ended the justification for the existence of Pakistan.Every nation should have unconditional full authority and freedom over its land. The national security of the nations living in the region is in danger due to slavery. The people of Gilgit-Baltistan and the Pashtun nation should start resistance on all fronts.”

The spokesperson of BNM said the subjugated nations should unite and fight for their freedom against the occupier Pakistan instead of a fruitless struggle in a loop for their small privileges.

He said the Pakistan army is trying to erase the national identity of the local people by occupying their lands in Gilgit-Baltistan and the public voices are being crushed by force for resisting it. Pakistan also started this tactic to turn the Baloch into a minority on its land. In various areas including Gwader, a policy was adopted to settle non-local people by occupying indigenous people’s lands.

The spokesman said that the people of Gilgit-Baltistan had been protesting against the occupation of lands for the past several days, but nothing had been heard. The pillars of the Pakistani state provide justice and privileges only in Punjab while other nations are being treated as slaves. Due to that, those nations had realized slavery and are struggling against it.

He said the state of Pakistan is again preparing for the military massacre in Pakhtunkhwa. In the past, public property was also damaged in the name of operations against armed organizations. Thousands of innocents were killed, and millions of people were forced to migrate by destroying their homes and businesses. Then preparations are being made to impose a new war on the Pashtun nation to collect dollars from the USA and other countries.

The spokesperson said, “Pashtun and Baloch are natural allies and the interests of both nations are related to each other. Balochistan has also been affected by the effects of the so-called war on terrorism. In the name of this war, the state of Pakistan wants to suppress the national question, but without solving this, peace cannot be established in the region.