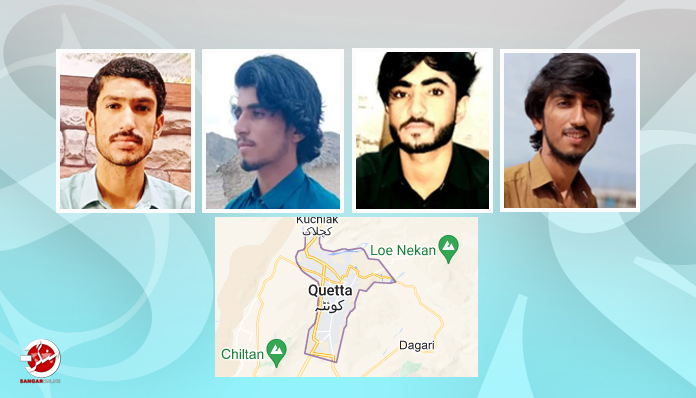 According to sources, Four Baloch students allegedly disappeared during a house raid conducted by Pakistani Security forces in Essa Nagri area of the city. The missing students have been identified as 17-year-old Kambar Lal Baloch, Waheed Sakhi, Rahmatullah, and Murad Jan. The students were preparing for the entry test for medical college in Quetta.