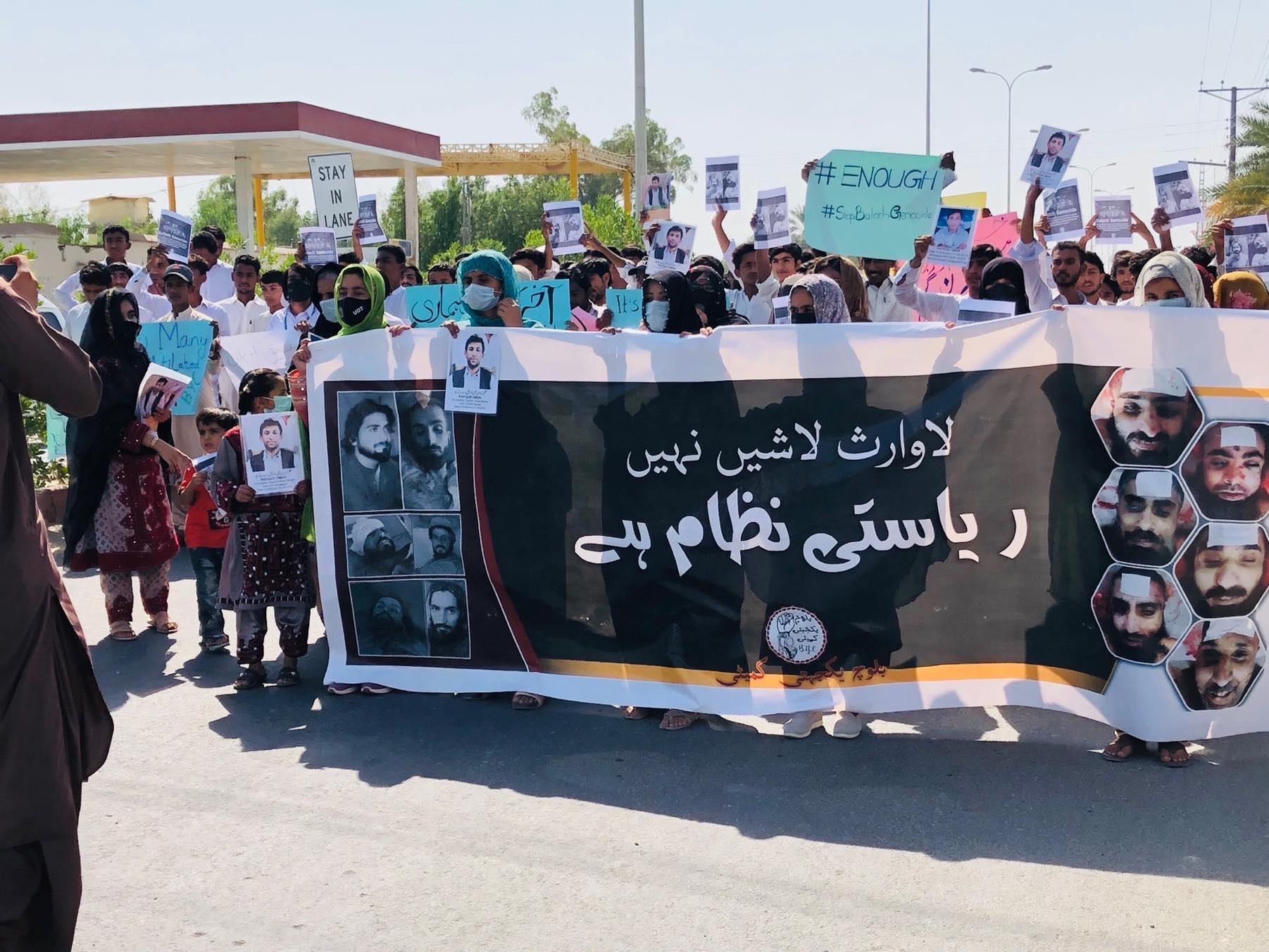 A large number of women and children participated in the demonstration, along with the relatives of Azim Dost Baloch, Bolan Karim, Naseem Baloch, and other missing persons. Local leaders of various political parties also participated in the protest.

The protestors said that the Baloch people are the owner of their land, a land which is rich in wealth, but they are suffering from oppression on their land. Educated youths are going missing on daily basis.

The relatives of missing persons said that the citizens of Balochistan have become mentally ill due to the state atrocities in Balochistan. Instead of going to school, the children of missing persons are participating in protests for the recovery of their loved ones. The state has to understand we won’t be silent.

The protesters further said that it is is a criminal state that has been forcibly disappearing people for years. If these people have committed any crime they should be produced to court. It is a crime to make people disappear and this crime is being committed by the state.

During the demonstration, a child participating in the protests asked the state institutions whether he will also be disappeared when he grows up.

Rukhsana Dost, the sister of the missing Azim Dost, who participated in the demonstration, said that it has been more than seven years since her brother forcibly disappeared. “Every day we are protesting and demanding justice, but our voices strike deaf ears.

Rukhsana Dost said that our demand has always been that my brother should be recovered, we are repeatedly demanding that if he is guilty, he should be presented in the courts and trialed, but the courts have also failed to provide justice to their citizens.

It is mentioned in the constitution of Pakistan that if someone is involved in a crime, he should be punished by the court, but our youths are kept incommunicado for years without presenting trial and then their dead bodies are found, victims’ families said

The protesters further said, that when the citizens of Balochistan go out on the streets to protest against all these injustices, they also go missing the next day.

On this occasion, other speakers also demanded the recovery of the missing persons by the Pakistani forces in Balochistan, saying that the more the rulers of Pakistan prolong the forced disappearances, it will create problems for them because the people of Balochistan will never remain silent for forced disappearances of their loved ones