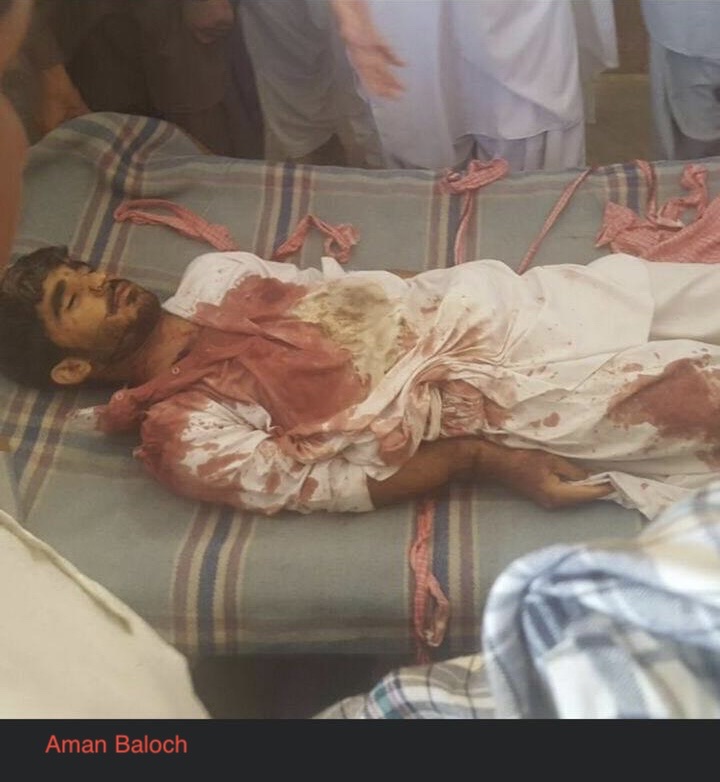 According to our correspondent and local sources, today a dead body was found near Boodig Dam, in Mand. Later, it was identified as Aman Baloch son of Sher Mohammad, who was abducted by Pakistani army in a raid on their house on Monday, 16th September.

In the early hours of Friday, Pakistani forces also raided many houses in Mand. According to details, they broke into the houses of Sahibdad son of Taj Mohammad, Khursheed Baloch son of Malik Baloch and many others.

According to Voice for Baloch Missing Persons (VBMP), thousands of people have been forcibly disappeared from Balochistan, while the organisation claims that many of these missing persons were tortured to death under the custody of Pakistan Army and later their bodies are thrown away in remote areas.