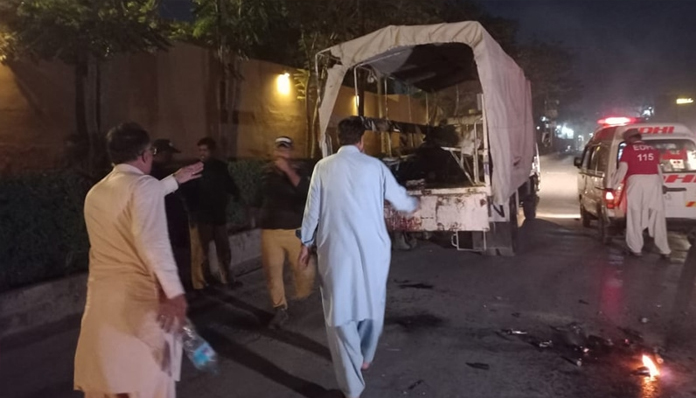 Jeeyand Baloch, spokesman for the Baloch Liberation Army says in statement  that

BLA has warned the police and levies forces several times to refrain from becoming an accessory to Pakistani occupying forces. These forces have been warned continuously to stop organising events for so-called Pakistani independence celebrations. However, the black sheep amongst these forces are involved in raiding civilian homes and arresting innocent civilians. Today’s attack is another warning to these forces. If they continued with their activities then the attacks against them will be further intensified.

Meanwhile, BLA fighters targeted a so-called Pakistani Independence Day stall near Sada Bahar Terminal on Sariab Road in a grenade attack, in which the person setting up the stall was injured.

BLA once again warns the Baloch people to stay away from the so-called Independence Day celebrations of the occupying forces this year as usual, as BLA can target these events and the people who organize them anywhere and anytime.

After this warning from the BLA, if anyone comes under attack at these events, they will be responsible for their own loss of life and property and will not deserve any sympathy.