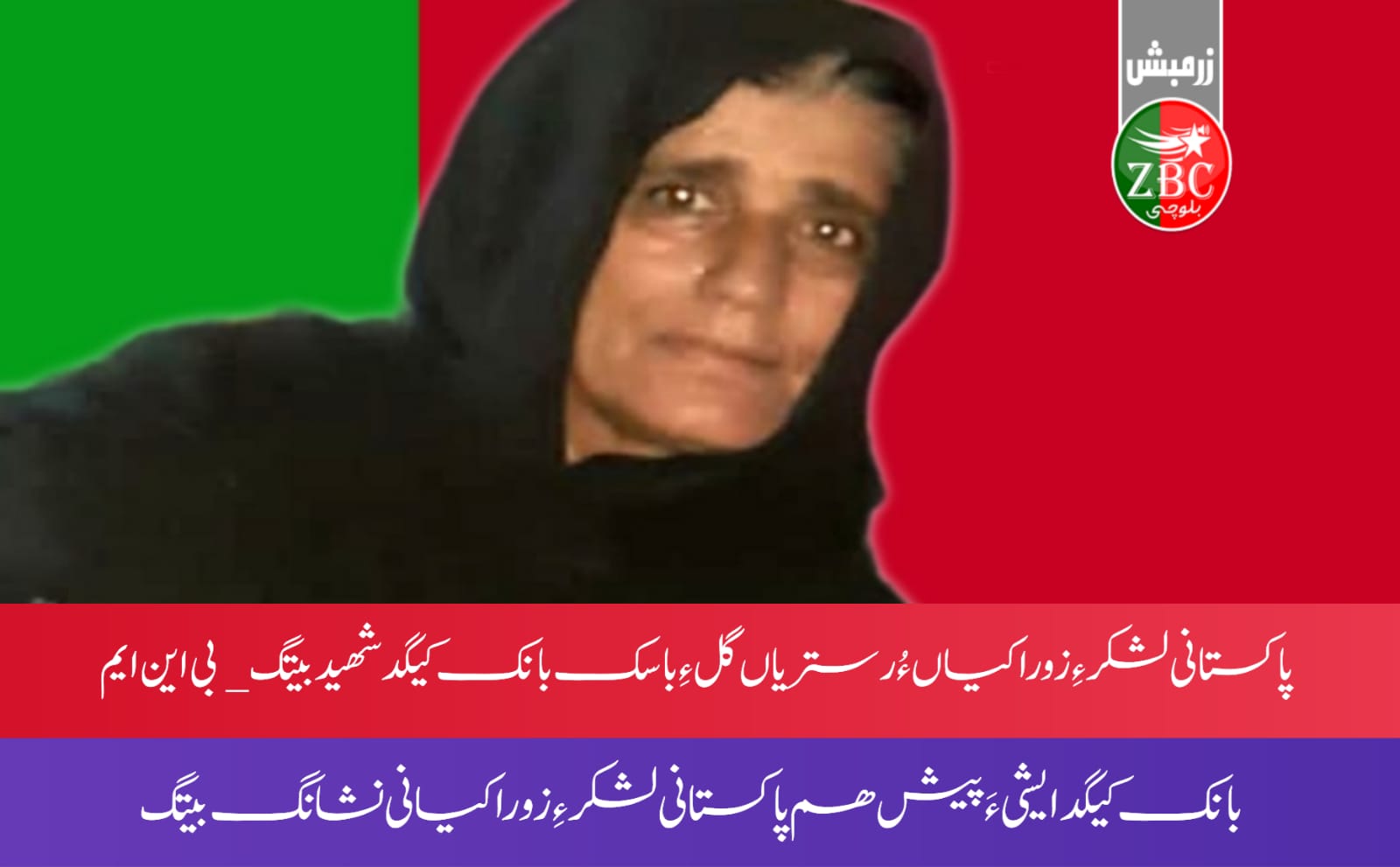 The central spokesperson of the Baloch National Movement (BNM) said that in Kech Gomazi, the Pakistani army raided the homes of close relatives of former BNM vice chairman Ghulam Nabi Baloch, Seth Pullan, Karim Dad, Maula Bakhsh, Seth Ali and others. Women and children were severely tortured. Consequently, BNM’s member Banuk Kegad daughter of Abdullah was beaten to death by military personnel and she embarrassed martyrdom due to excessive and inhuman torture.

The spokesperson said that in this operation, the army detained Alam son of Salam resident of Cheri Bazaar Gomazai and forcibly disappeared him.

He said that Banuk Kegad Baloch had been the target of barbarism of Pakistan Army even before this. Her two young sons, Sagheer and Qadeer, had been picked up by the army several times and left half-dead after being severely tortured in torture cells. Despite all these atrocities, Banuk Kegad remained committed to the party and nothing could wavered her determination for Baloch national liberation.

Due to her unflinching commitment with the party and Baloch cause, “today the Pakistani army martyred her with indiscriminate violence.” added he.

The spokesperson said that the collective punishment against the Baloch nation by the Pakistan Army continues but despite the current 20 years of barbarism of the Pakistani state, the Baloch nation has proved that the alive and vigilant nations cannot be wiped out by massacre and terrorism. On contrary, the spirit of sacrifice for the protection of our national survival get even more vibrant and stronger.

The central spokesperson of Baloch National Movement said that the blood of Banuk Kegad Baloch would never go in vain and the party would not spare any sacrifice for the fulfilment of the mission of those who laid their lives for national cause.