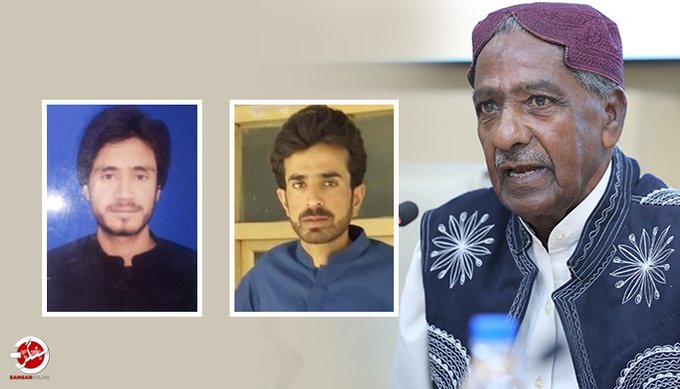 Five youngsters including two nephews of renowned rights activists Mama Qadeer Baloch have been “forcibly disappeared” from Soorab in Balochistan.

According to details, Pakistani security forces cordoned off the main market of Soorab on Thursday morning. They then raided a shop, arresting five Baloch youth.

All five detainees were taken to an undisclosed location and have not been heard of since their detention.

Mohammad Asif and Alla-Ud-Din are nephews of renowned activist Mama Qadeer Baloch, who has been campaigning against enforced disappearances for more than a decade.

Mama Qadeer Baloch, is vice chairperson of Voice for Baloch Missing Persons, and has attended UN sessions and various international conferences to raise awareness about the issue of missing persons. He also led a long march that travelled more than 2500 kilometres on foot from Quetta to Karachi and then to Islamabad.