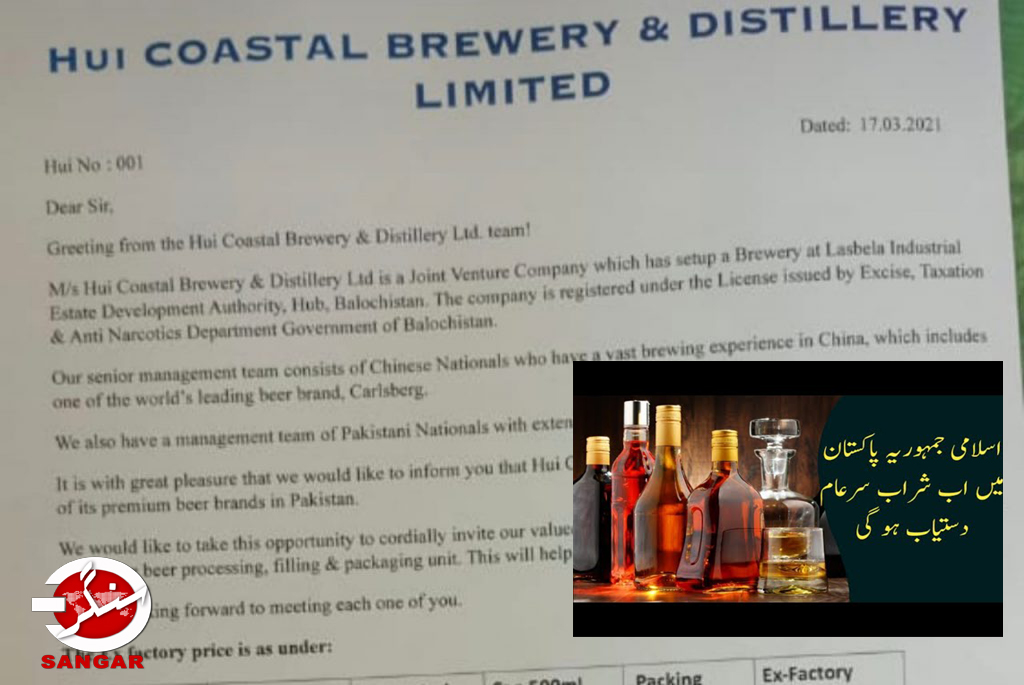 Beer product will be supplied to Chinese nationals working at various projects in the region.

According to reports, a Chinese liquor company, the Hui Coastal Brewery and Distillery Limited, was granted a licence in 2018 for making beer, has formally started production at its plant in Balochistan’s industrial city Hub Chowki.

Balochistan’s excise and taxation department confirmed that the company had been granted a licence which it had applied for in 2017. The company registered itself with the Securities and Exchange Commission of Pakistan (SECP) on April 30, 2020, after completing installation of liquor plant in Hub city..

According to the Excise and Taxation official, “the company formally started its beer production last week, which product will be supplied to Chinese nationals working at various projects launched in different areas of Pakistan under the China-Pakistan Economic Corridor and mines and mineral projects in Balochistan.

Sources said the Hui Coastal Brewery and Distillery Limited, which is famous for producing some of the world’s famous liquor brands, made an investment of Rs3 million for installing a modern liquor plant on a five-acre plot of land in Hub.

The Chinese company would produce beer to fulfil the requirement of Chinese nationals working in Pakistan.