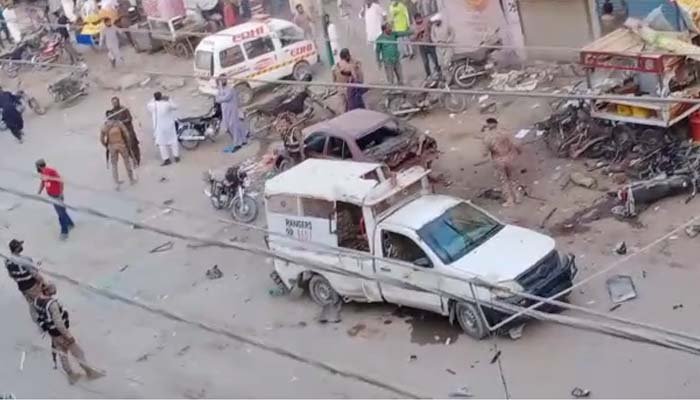 Jeeyand Baloch, the spokesperson for the BLA, said that the freedom fighters of BLA  targeted a vehicle of Pakistani Rangers in Orangi Town, Karachi. In the IED attack, a personnel of Rangers was killed while three more were injured. The vehicle carrying the personnel was also badly damaged.

This attack confirms BLA’s military capabilities of targeting the enemy state and its forces in any city and area.

Incapable of facing our attacks, the defeated forces of the occupying state are killing unarmed young Baloch in fake encounters and abducting Baloch women and children. BLA, as a national force, will avenge all such brutalities against Baloch people. Our attacks against the enemy forces will be further intensified.