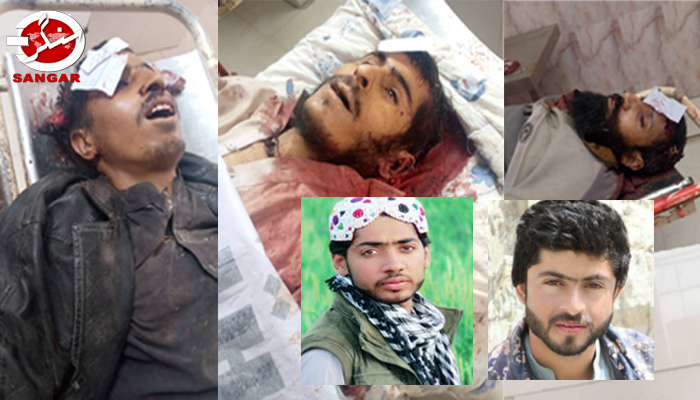 The Counter-Terrorism Department (CTD) of Pakistan has shot dead five Baloch citizens in a fake encounter on Sunday.

Sources  says  that all five persons had been forcibly disappeared and were already in the confinement of the Pakistani security forces. As per local reports, the security forces then labelled them as members of armed, “pro-independence” organizations and shot them dead in a fake encounter.

The Baloch National Movement (BNM) confirmed Sunday’s incident in a media statement, saying that the Counter-Terrorism Department staged a fake encounter to liquidate the five Baloch nationals that were already under its custody. Two of the five persons – Jameel Ahmad Pirkani and Sami Ullah Pirkani – were reportedly detained by the Eagle Force, a tactical attack unit of the Pakistani military, from Quetta in January this year. The Eagle Force blamed the two detainees for carrying grenades and handed them over to the CTD.

Two of the remaining three were identified as Yousaf Marri and Arif Marri – both cousins. The former was reportedly detained while he was working in his fields in Sibi, and the latter was detained from the Hazar Ganji area of Quetta. The third individual was identified as Shah Nazar, another victim of enforced disappearance.

According to reports, the Pakistani security forces accused the individuals in question of being members of the armed groups and gunned them down in a “fake” encounter. This is not a unique or isolated incident. A similar incident also occurred in Rajan Pur in August of 2020, where the police killed five individuals in a staged confrontation, claiming that they were members of a “pro-independence” group. The Baloch political groups subsequently repudiated the claims.

Another similar incident occurred in 2015 when two Baloch nationals were accused of being associates of a “pro-independence” organization, hastily indicted and then killed in a fake encounter.

The Baloch National Movement said that Sunday’s incident is a “gruesome” demonstration of Pakistan’s “barbarity” before the world. Pakistani forces have killed “thousands” of Baloch youth in similar incidents and then thrown their dead bodies in the wilderness.