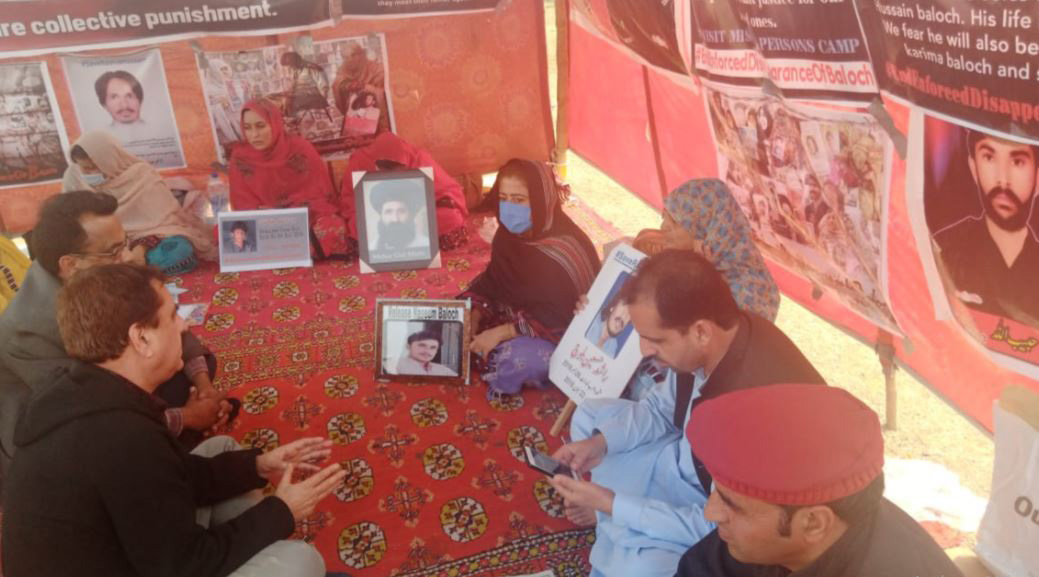 The delegation was headed by Habib ur Rahman during the visit along with comrade Ilyas, Muzamil, and other party members. The delegation shows solidarity with missing persons’ families.

During the visit to the missing persons’ camp, the delegation highly condemns the ongoing brutalities on the Baloch Nation and further demands the end of these inhuman actions and demanded a free trial for Baloch Missing Persons. Habib ur Rahman said we understand the pain of the Baloch Nation and we stand with Baloch families. Further, he said we appeal from the Government to release all Baloch missing persons if anyone has done any wrong they should bring in court and have a chance of fair trial. Further, he said an independent homeland is the universal and historical right of the Baloch Nation, enforced disappearances and barbarism on Baloch nation must be brought to end. He said Baloch’s are not alone in this fight and he said a rational being can’t justify human lives.

Further talking with families Habib ur Rehman said we understand Balochistan as a colony and Balochs are fighting for it through international law and they have all rights to govern their homeland.

At his final speech he said, all oppressed and colonial nations have amalgamated relations. He appealed to all oppressed ethnicities to form a combined struggle platform.