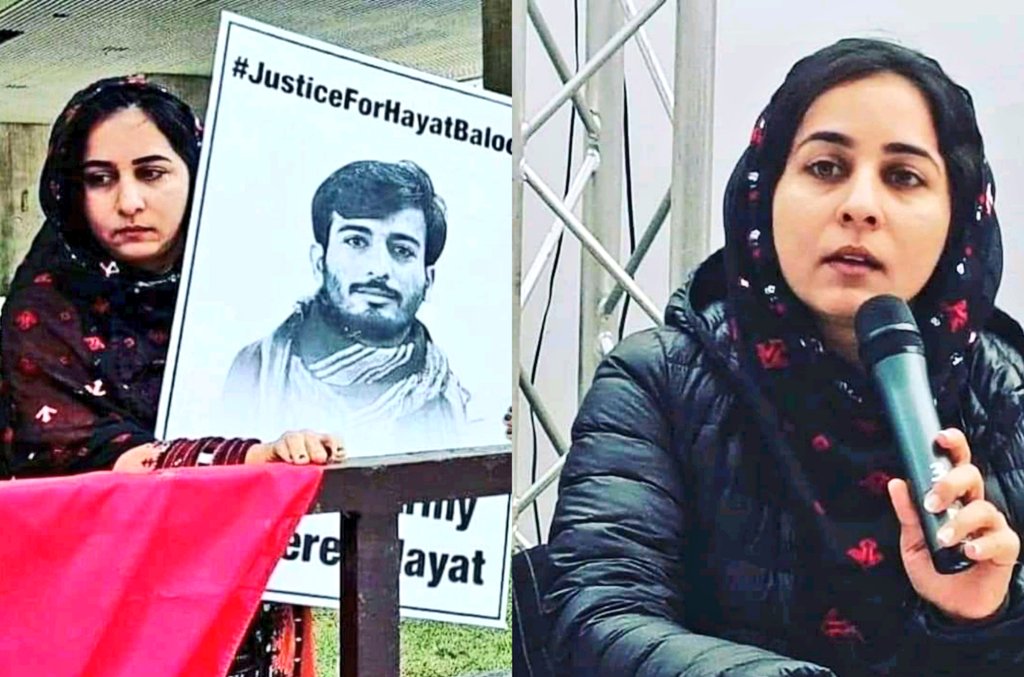 Senior leader of BNM and husband of deceased Karima Baloch, Hammal Haidar, has demanded Canadian authorities to leave no stone unturned in looking into the circumstances of the Baloch leader’s death.

In a series of tweets, Hammal Haidar, said that: “Karima Baloch’s death needs further inquiry. My wife was an immensely courageous and spirited person. Her work as an internationally prominent activist speaks for itself.”

He added that it is their right to request the Canadian authorities to leave no stone unturned in looking into the circumstances of Karima’s death as well the threats she had been facing since moving to the country.

Karima Baloch, a prominent leader of Balochistan, had went missing on Sunday 20th December and a day later his dead body was found from Toronto, Canada.

In a series of tweets, Sameer Mehrab, who also resides in Canada, has said that Karima Baloch’s death should be investigated at high levels due to her profile as an activist of international recognition.

“All aspects of these threats should be fully investigated as considerable doubts still remain in our minds,” Mr. Mehrab demanded.

He assured that as responsible residents of Canada they are ready to fully cooperate with the authorities.

Karima Baloch’s dead body was found on from Toronto, Canada on 21st December. Her family and Baloch political factions claim that she has been murdered, but the officials in the Toronto police department have termed her death as “non-criminal.”

Karima Baloch is believed to be the pioneer of women activism in Balochistan. She had also raised the issue of Balochistan in United Nations sessions in Switzerland.