Kashmiris in the Pakistan-occupied Kashmir (POK) announced on Saturday a social media campaign for the release of senior journalist Tanveer Ahmed, who was arrested by the Pakistani authorities from Dadyal in August this year. Tanveer Ahmed continues to be imprisoned in the Mirpur Central Jail in POK.

“Tanveer Ahmed has been imprisoned by the so-called puppet government of Azad Kashmir at the behest of the occupying state,” said Habib-ur-Rehman, the coordinator of release Tanveer Ahmed campaign. He added that #FreeTanveerAhmed would be used by people all across the world to tweet and share their views through articles, photos, cartoons etc. with demands to release Tanveer Ahmed.

Tanveer Ahmed has been kept in the Mirpur Central Jail, POK where he is on a hunger strike. His health condition is very worrying and requires immediate medical help.

Habib-ur-Rehman added that human rights activists, social activists, democrats and humanitarian organizations across the world will take part in this campaign. The #FreetanveerAhmed campaign will continue until Tanveer Ahmed is released. 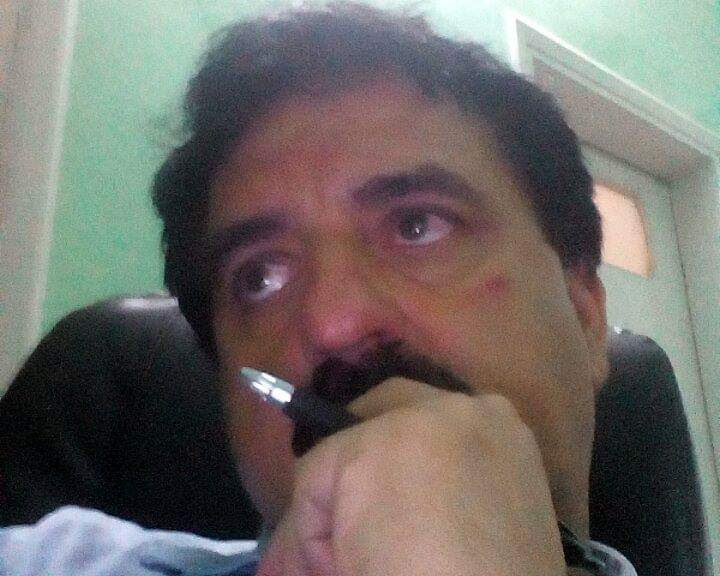 Tanveer Ahmed was arrested in August this year when he took down the Pakistani flag at Dadyal in Pakistan-occupied Kashmir (POK). His wife Fareezam Rajput recently met her husband in the Mirpur Central Jail and said that certain “invisible forces” want to give out a strong message to other Kashmiris through her husband’s case.

Tanveer Ahmed has been on a hunger strike since November 1 and his health has been deteriorating ever since. Interestingly, Tanveer Ahmed is a local Kashmiri from the POK and is also a British citizen. UK Prime Minister Boris Johnson has expressed concern about the ‘appalling treatment’ to a British national. 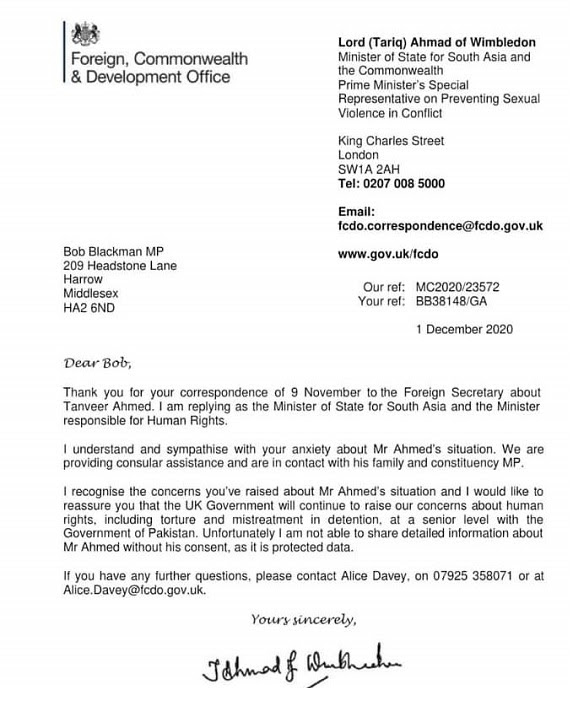 Legally, Tanveer Ahmed’s arrest and denial of bail is completely illegal. Tanveer Ahmed took down the Pakistani flag from an area which Pakistan itself calls as “Azad Kashmir” which implies that the Pakistani flag cannot be hoisted. However, the term “Azad Kashmir” is a misnomer as this part of Kashmir has been illegally occupied by Pakistan since 1947 and everything is run on the whims and fancies of Islamabad. 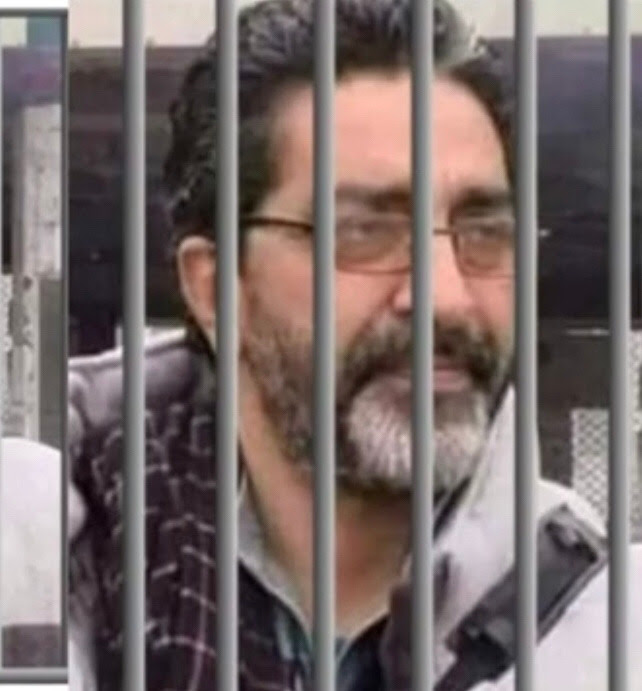 Tanveer Ahmed soon after his arrest on August 21, 2020. His health has deteriorated since then. Tanveer Ahmed was arrested by Pakistan after he pulled down Pakistani flag at Dadyal, POK (Pakistan-occupied Kashmir) on August 21. (Photo: News Intervention)

This is the first case in the world where a citizen of an independent state has been imprisoned for removing the flag of another state from his country. Habib-ur-Rehman further explained that the rejection of Tanveer Ahmed’s bail by the Muzaffarabad Supreme Court was itself a testament to how “free” is this so called “Azad Kashmir”. He appealed to social activists from around the world and to all those who believe in freedom of expression to proactively campaign for the release of Tanveer Ahmed. 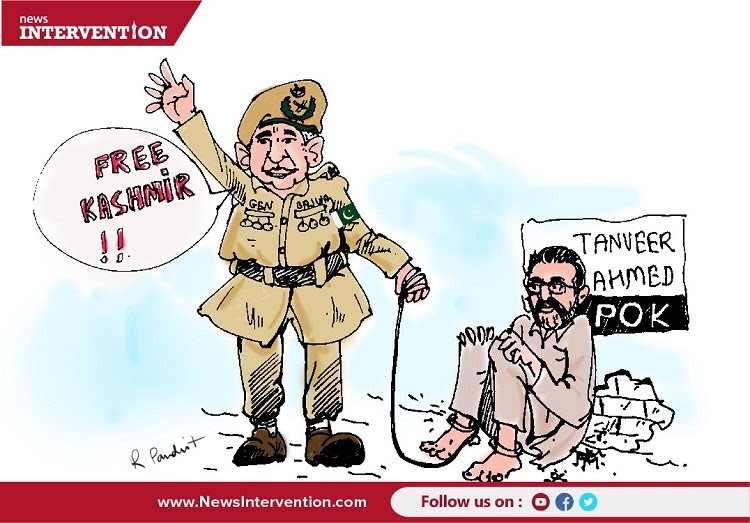