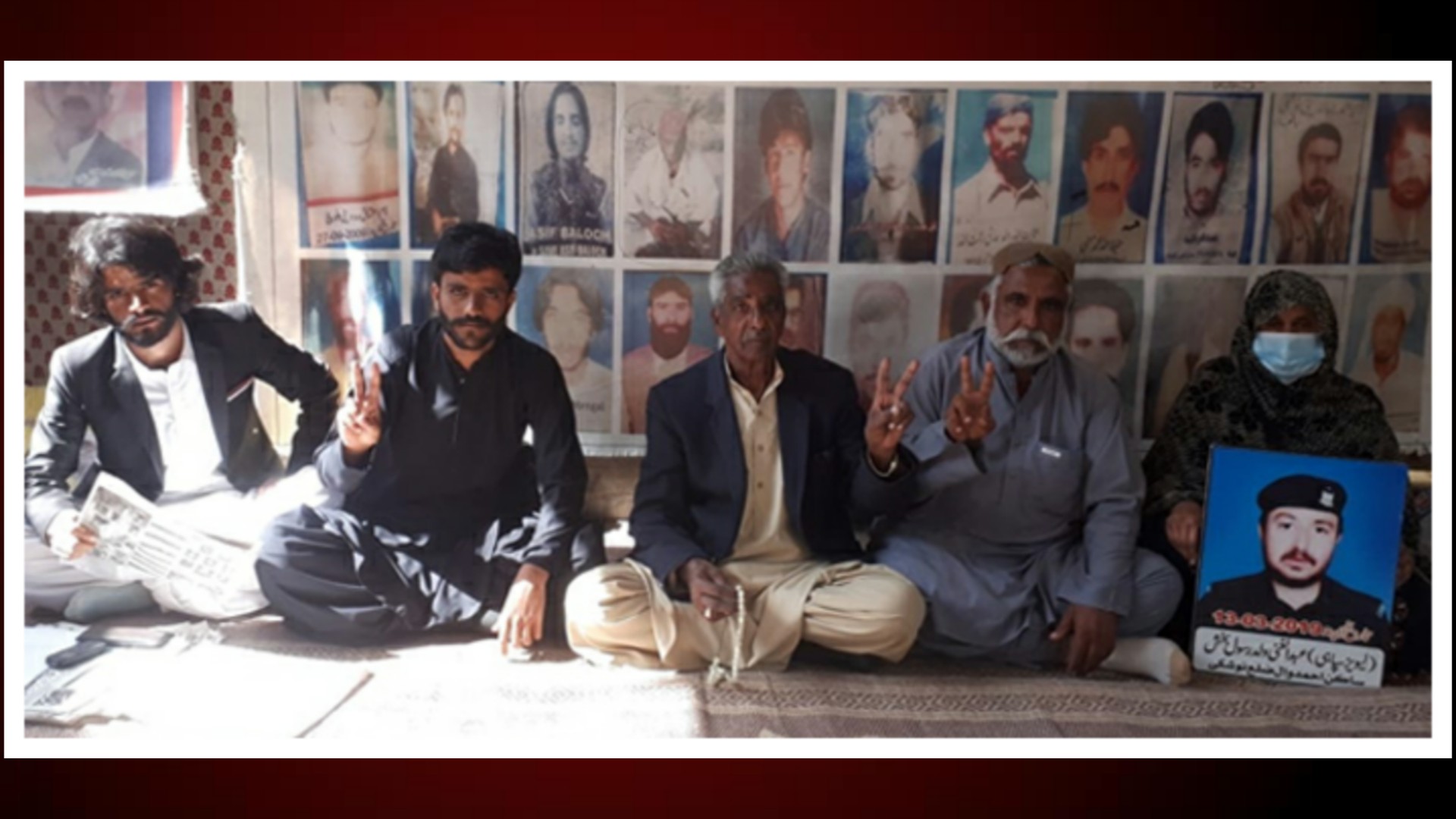 Pakistani forces and intelligence agencies allegedly abducted a man and his son in a raid in Kirk Dhal area of ​​Panjgur.

The abductees have been identified as Haroon son of Rahmain and his son Madad.

Whereas, Abdul Ghani’s parents Friday came to the VBMP protest camp in front of the Quetta Press Club and recorded their protest. His family members said that Abdul Ghani son of Rasool Bakhsh Mengal is a resident of Sufiabad Ahmedwal Noshki, who was forcibly disappeared on March 13, 2019.

Explaining the details, they said that Abdul Ghani Mengal was taken away by armed men from Sufiabad Ahmedwal Football Ground in a tinted white fielder car without number plates. Five persons came in the said vehicle out of which three persons got out of the vehicle while two remained inside.

The parents said two of the men were dressed in Levies uniforms, and they were speaking Urdu language. They said that there are two eyewitnesses to the incident.

It is to mention that Abdul Ghani, was also a personnel of Levies Force.

VBMP is a campaign group of families of forcibly disappeared persons. Today Saturday  it has completed its 4124rd day of continuous protest in front of Quetta Press Club.