The mutilated body of Hafizullah was found , the father of the little girl sitting in the missing persons’ camp. 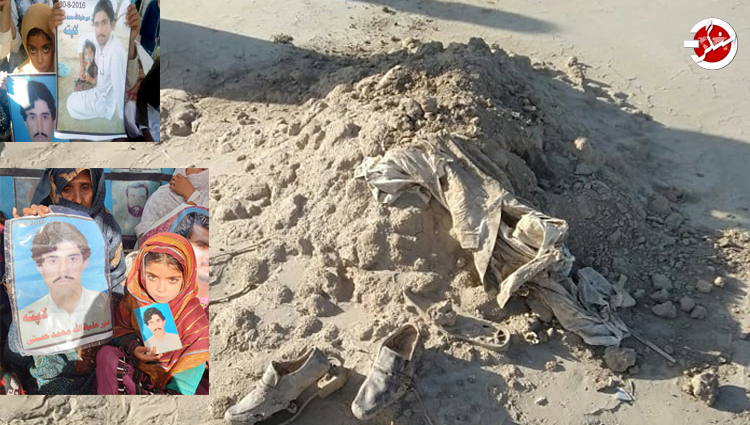 Hafizullah’s youngest daughter Muqaddas Baloch and her grandmother are sitting in the Quetta camp
The mutilated body of missing Hafizullah son of Rahim Mohammad Hassani from Dalbandin area of ​​Occupied Balochistan has been found at Pul-e-Choto.

Levies sources confirmed the discovery and said that the mutilated body has been shifted to Prince Fahd Hospital, Dalbandin.

According to local sources, the body was buried in the area. The body was found due to recent rains, after which the administration was informed.

Hafizullah Mohammad Hassani was a resident of Kali Qasim and a farmer by profession who was forcibly disappeared on August 30, 2016.

Hafizullah’s younger brother, Nematullah, told a press conference in Quetta that his brother had been taken away from his home by Kali Qasim Khan on August 30, 2016, by a major of the security forces.

He said family members thought his brother might have been taken in for questioning and would be released once the investigation was completed, but he had not been seen for a long time.

He said that when the brother did not come home after a long time and was not told where he was, the family’s concern increased after which he contacted the Major. Hafeez Mohammad Hassani’s mother revealed in front of the Quetta Press Club at the VBMP camp last year that in return for her son’s recovery, Major Naveed of the Pakistan Army demanded Rs. 68 lakh, to which the family provided money but Hafeez could not be recovered.
The major’s field general was court-martialled after the revelation of Hafizullah’s family.

Muqaddas is waiting for his recovery with a picture of his father in his lap but he was handed over his father’s mutilated body. Hafizullah’s younger brother Nematullah said that when it was proved that the officer had exceeded his authority, his family once again hoped for Hafizullah’s recovery, but today Hafizullah’s mutilated body was found. ۔
It should be noted that Hafizullah’s five-year-old innocent daughter “Muqaddas Baloch” came to Quetta from Dalbandin with her grandmother and has been protesting for several days in the Voice for Baloch Missing Persons camp for the recovery of her father but today her missing father The body of Mir Hafizullah Muhammad Hasani Baloch was handed over to him.

Confirming the discovery of the body on Thursday, Dalbandin Tehsildar Saeed Zehri said he had received reports from locals that a man’s body had been found in the Choto area.
Choto is a mountainous area about 60 km southeast of Dalbandin city.
He said the body was practically a skeleton with pieces of clothing as well as shoes. The body and other items were later shifted to the District Headquarters Hospital.

Dr Iqbal of the district headquarters in Dalbandin told the BBC that the body was about three years old.

He said the man was shot dead and had three bullets in the chest and one bullet wound to the leg. Dr Iqbal said a bullet was attached to the body.
Hafizullah’s younger brother, Nematullah, told the BBC by phone that they identified him by three things, including the remains of the body.
He said that the mark on Hafizullah’s teeth was the same as on the corpse’s teeth.
He said that the tailor from whom Hafizullah used to sew his clothes in Quetta had a tag of the same tailor’s shop on the pieces of clothes lying next to his body.

The third sign was shoes, Nimatullah said. “The same shoes that Hafizullah used at the time of his disappearance were found with this body.”