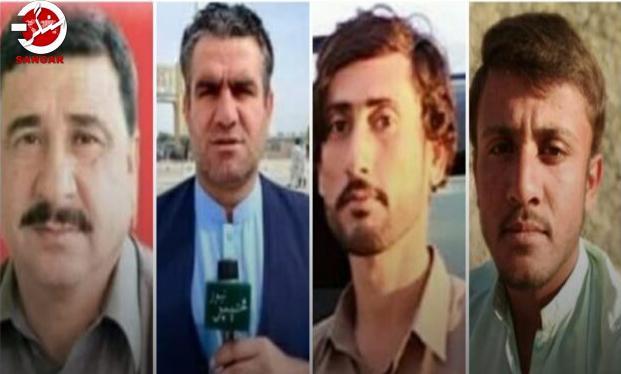 Four people have been reported missing from Qillah Abdulla and Kharan districts of Balochistan, on Sunday.

According to details,Pakistani forces allegedly raided a house in Lijje area of ​​Kharan district, arrested two youths and transferred them to an undisclosed location.

In another news, two journalists affiliated with private media outlets were abducted from Chaman, a border town in Balochistan’s Qila Abdullah district.

As per the sources, the abducted journalists are affiliated with news channels broadcasting in Pashto and Urdu.

Journalists’ organizations have condemned their abduction and demanded immediate and unconditional release of both journalists.

Pakistan is one of the most dangerous countries for fair and transparent journalism. In the 2019 Reporters sans frontières (alias Reporters Without Borders) press freedom index, Pakistan ranked at 142 out of 180 countries.