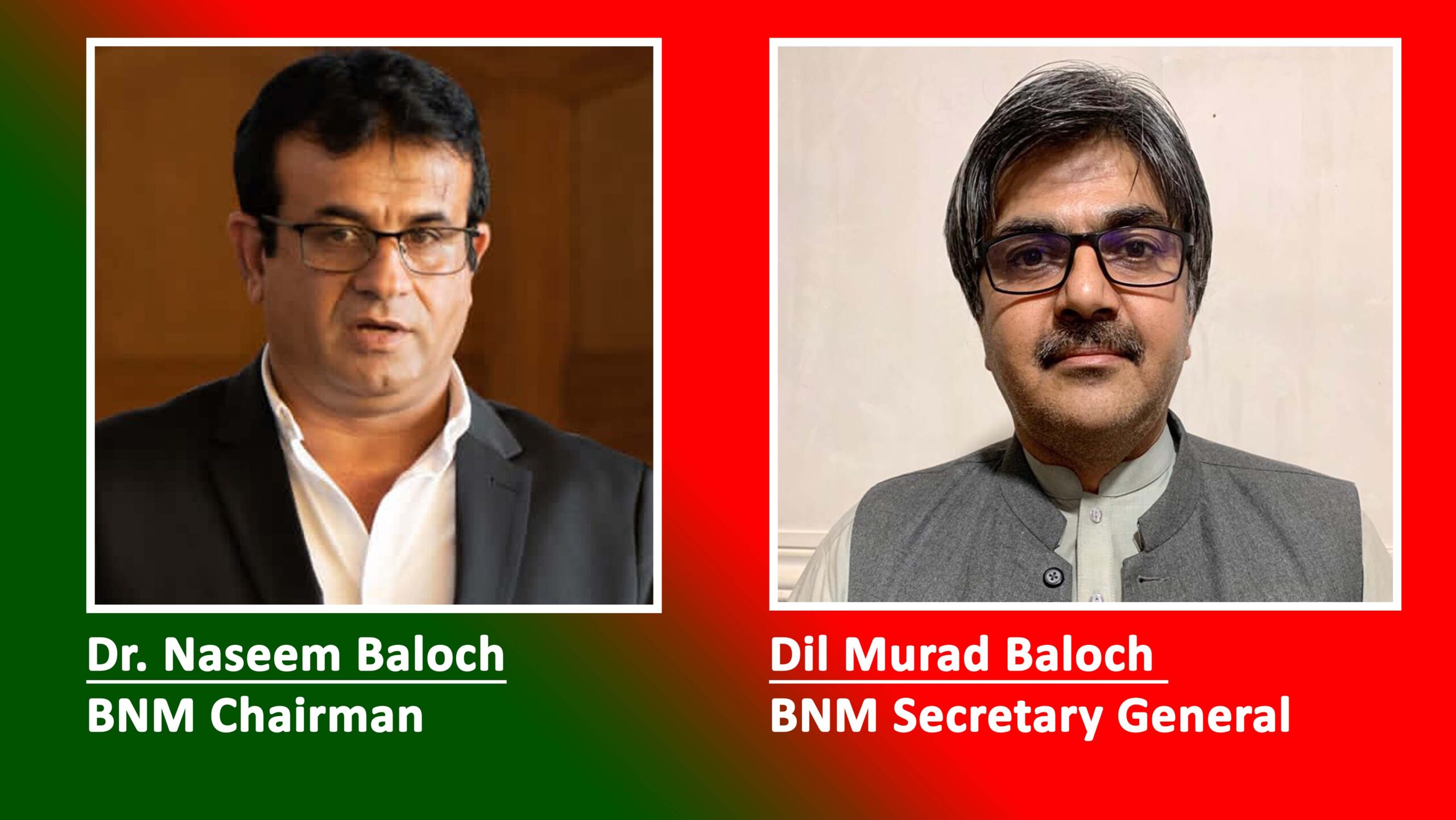 Pakistani authorities do not understand how to counter Balochistan’s independence struggle, so they are changing their policies repeatedly. Instead of increasing their enemies, Baloch have to organize and united struggle to get freedom from Pakistan. Contrary to expectations, Pakistan did not benefit from the regime change in Afghanistan.

These views were expressed by Party Chairman Dr. Naseem Baloch and Secretary General Dil Murad Baloch while talking to the party members in the monthly program held under ‘Jhudkarani Pattar’ (Workers’ Assembly).

In this two-hour program, senior vice-chairman of the party, Dr. Jalal Baloch, told the workers regarding the party’s training program that the relevant party organization has planned training and educational programs for the party members at the unit and central levels. Curriculum development work has been started and initial five books have been prepared out of which three books have been published while others will be published soon.

He said the capacity building of members is one of my priorities as the constitutional in charge of this program. In the last part of the program, in the question and answer and criticism session, the members gave their suggestions and asked questions about organizational matters and party progress. The answers were given by the party chairman, secretary general, vice chairman and information secretary.

In the program, the BNM activists were urged to work with the relevant departments to promote the party and to contribute to social media to convey the party program.

«We were organized, so Pakistan used more force against us. Dr. Naseem Baloch»

He said that in the 2014 council session, the central councilors of BNM decided that BNM would devote all its strength to the liberation of Balochistan against Pakistani occupation and would not open other fronts, we don’t want to increase our enemies. Survival is preconditioned for progress.

Today, many Baloch are forced to migrate and take refuge in neighboring countries. They are facing harsh conditions but their morale is strong.

BNM Secretary General Dil Murad Baloch said that Afghanistan had been a good neighbor of Baloch. Pakistan had been interfering in Afghanistan since Bhutto’s era. More than forty years have passed since the intervention that devastated Afghanistan. It was only after the creation of Pakistan that the rulers of Pakistan realized that Baloch and Pashtun would not accept the occupation of Pakistan. Religious organizations were used there to control the Pashtun nation, while direct Pakistani military rule was established over Balochistan. Even Pakistan had a malicious intention to annex Afghanistan and declare it the fifth province.

He continued, “Recently, after the regime change in Afghanistan, they wanted to narrow the land for the Baloch. But the current Afghan government also has a nationalist approach and they care more about the interests of Afghanistan than the interests of Pakistan.”

He added that this time Baloch movement had completed 20 years with continuity. On the contrary, Pakistan is breaking all records of atrocities to crush the Baloch national struggle. A declaratory ban was imposed on BSO and an unannounced ban on BNM. Thousands of Baloch forcibly disappeared and thousands were killed but this movement continues due to the presence of national institutions. Now this movement is not an individual movement but it is well organized on institutional basis. Individuals may die, tire, bargain and withdraw from their position, but institutions retain their continuity. The credit for the continuity of the present freedom movement goes to the party institutions.

He concluded, “we have changed strategies in this long period but have not changed our program but our struggle has forced Pakistan to change its policies. Pakistan’s rulers and military officials previously denied enforced disappearances, but now they themselves admit that people in Balochistan have been forcibly disappeared to maintain the Pakistaniadmit that Balochistan’s people have concluded that Pakistan cannot continue with these policies any longer.